Since my last post, a lot of things have happened. Some for the good, others not.

Just seven short days after my last post, MM lost a classmate. It was a freak accident and completely unexpected. It shook our small school family to the core. While MM was not friends with the young man, she knew him and had shared classes with him over the past four years. On top of that, just three months ago, MM’s cousin was killed. Our family is healing and trying to come to grips with our loss. Needless to say, my nephew, was on my mind every time I thought about what the boy’s poor parents and brother must be going through, dealing with this unexpected loss. It was a rough couple of weeks for us, and I think MM summed up her thoughts very nicely in her Instagram post:

However hard it is, we must move on and find a way to cope with both of these losses. That is what we are doing.

In the meantime, we are still trying to navigate through MM’s junior year, college searches, scholarships, work, and life. I had planned to discuss all of these things in this post, but I don’t think I will. It can wait. Until then:

Thinking about writing this post there were several quotes that came to mind. One, that has always stuck with me for some reason, is from Dances with Wolves. I believe it’s when Kevin Costner’s character is first going to his new post. He and his driver, Robert Pastorelli, come across a skeleton and Pastorelli says, “I’ll bet someone back east is going, ‘Now why don’t he write?'” Kind of morbid, I know, but the point is, someone out there might have been wondering why I haven’t written. Well….

I honestly had very legitimate reasons for putting the blog down last fall. Work, school, and life got to be a bit overwhelming for the both of us and there just weren’t enough hours in the day nor days in the week. My last post was about just how busy we were at the time. In addition to work and MM’s activities, I had to manage ticket sales for the school musical and, oh yeah: MM turned 16! What started out as just another birthday and no party to mark the occasion turned into a full blown affair. Next thing I know, it’s Christmas and we’re off to London for the holiday, only to be stranded overseas for an extra week.  This also canceled our trip to California to visit UCLA. 😦 Then we came back and…well…

I would say we fell off the wagon, but it’s more like the horses went crazy and we were violently thrown off the wagon. I’ve learned a lot of times, things just don’t go how we planned.

“To a Mouse” by Robert Burns

So, here we are. MM’s junior year starts Monday and today I had a mini panic attack as I realized not only do we have to get back on track with the scholarships, but I also only have two short years to teach MM as much as I can to prepare her to go off and be on her own in the world. No, I’m not abandoning her, but who knows where she will land. She may be on the other side of the country and I can’t just pop over to show her how to sauté vegetables or balance her checking account. Even if I could, is that what she needs? No, she needs the basic tools to be able to do these things on her own. Or, if not, how to figure it out when she can’t immediately turn to me for the answers.

Now, not that this year will be any easier. My fall is just as busy at work this year and my other obligations are still there. MM is not in band anymore, but that’s been replaced by yearbook. In addition, both of us have new things that are only adding to our schedule. If anything, it will be even harder this year. You know, because, why do things when they’re easy? But, this time we can’t mess around and put things off because 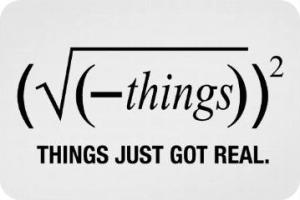 I know, we’re a little behind on updating you about the next scholarship. But, honestly, we haven’t applied to anymore. Don’t worry. We’re not falling off the wagon. We’re in it to the end. But, as you know, school is still in the first few weeks and I seem to forget each year how crazy those first few weeks are. It’s not like her routine has really changed any over the past few years. MM has been at the same school since seventh grade. She’s also been in the senior high marching band every year. So it’s all the same. I drop her off each morning and pick her up after I get off work or she’s done with practice. Somehow, we manage to fit in dinner and homework each night. We won’t even get into how crazy Friday’s are during football season. It’s just go, go, go. If anything, this year should be a bit easier because the band no longer has after school practice. Nope. We still manage to fill that time with something. Nonetheless, each year, we have to adjust until we get back into a steady rhythm. I think we might be there. Maybe. In addition to MM’s schedule, and my work, I also have to study for my actuarial exams. Actually, I’m taking a break from exams and working on online learning right now. Regardless, it still is required to eventually get my “letters”. Think PhD, M.D., etc. just math. A lot of math. So, this week we started heading to the library for MM to study and do homework and me to do my modules. (Ssshhhh…I’m supposed to be working on one right now!)

Today MM had finished her homework before I picked her up, so I decided it was a good time for her to shoot off another quick scholarship application. I actually was not prepared with another one from my Scholarship Bible but I had just seen that Get2College had a list of scholarships on its web site. From browsing through the list of scholarships for high school students (they also have categories for college students as well as based on place of residence within Mississippi) it looked like their list included a lot more for high school seniors. Also, on the first several pages, most had deadlines in the spring. I wanted something sooner and I came across the Shout it Out Scholarship. This is another short essay scholarship, with minimal requirements.

Among other things, applicants must:

The deadline is September 30, so there is a bit of time, but don’t put it off. We also entered to win a $500 drawing from Zinch and the weekly $1,000 Scholarship. There is a lot going on over there, so click on through and check them out.

Still, with all things work and school, we managed to find time for a selfie! 🙂

Quick! Get a selfie!

Now that we’re getting this year figured out, it should be smooth sailing from here on out. Right? Right?!

So, we have survived our first week of high school. Although there was a bit of a hectic feel to it, it’s actually the calm before the storm. That might be reflected in the somewhat random, rambling nature of this post.

The school year always starts off with an afternoon of picking up her school books, getting her locker and schedule, gathering those remaining school supplies we forgot, and stressing out over her outfit for the first day of school. Okay, that last bit is a joke. She wears uniforms. Which is why I don’t understand why it takes her sooooo long every morning to get ready!

Entering high school, MM’s school encourages students to find a mentor. The mentor can either be personal or professional. At the start of the summer, we discussed MM finding a mentor who is a psychologist since she has said that’s what she wants to study. While MM was away this summer, I came across an piece written by the editor of a local paper. There was just something about it that made me think, “MM would love her!” I think I was right. She agreed to mentor MM and we got a chance to meet her last weekend. What a wonderful person she is! MM was quiet at the first meeting, but I think she liked what Mentor had to say. (I’m going to call her that since she’s going to be part of MM’s life for the next three years, so I’m likely to write about her a lot.) There is a lot of potential there.

Other than that, there was just a lot of first week stuff. Meeting teachers, getting used to her schedule, planning the year ahead, blah blah blah. It’s next week when the real fun starts.

When MM came to this school in 7th grade, the marching band was super small. She had already been playing the guitar for about four years at that point and since she could read music, the director recruited her in to the varsity marching band. For the first year, she marched and played flute. After that, he brought back the flag corps and moved her to flag. Being a part of the marching band means a very busy fall schedule for both of us. Band practice during the week, pep rally on Friday, and of course football on Friday nights.  Fridays are the craziest as I rush from work to get her food before the game and then the hours spent at school until the game is over. Even though I get a break when they have away games (my one rule has been I don’t do away games, even when it’s around the corner), MM is on the go from the last week of July until about the middle of December. Next week is their first game of the season. It’s also the first performance where MM is a legitimate senior high member of the band. Also, this year, she is making her debut on guitar! Because of that, I have made a compromise on my rule and am traveling to an away game. It’s almost 200 miles away! Yes. TWO HUNDRED. But we are going to make the most of it because we will stay overnight and visit the campus of University of Mississippi. It’s the last weekend before classes start, so the campus will be busy, but we are going to just show ourselves around and check out the town. MM is adamant about leaving the state, but I told her she had to look at local schools as well.

So, with all of this going on (I know, it doesn’t seem like a lot, but it was),  there weren’t any scholarship applications submitted this week. But if you follow us on Twitter, you’ll see we have been busy sharing any great information we’ve found about financial aid, scholarships, applications, etc.  Hopefully MM can shoot off another application this week (we have a couple more quick and easy ones on our list) and we can post a summary here before the week is out.

Can’t wait to share our campus tour with you next weekend!